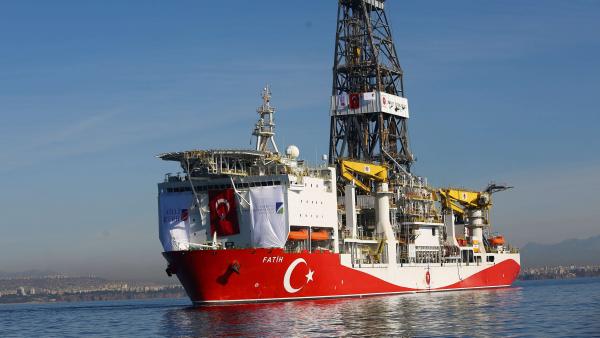 Turkey’s dispatch last week of a second drill ship, called the Yavuz, to waters east of Cyprus has upped the ante in an increasingly fraught dispute over energy rights near the island.

Turkey disputes the exclusive economic zone set out by the Greek Republic of Cyprus and says Nicosia’s attempts to exploit resources around the island infringe on the rights of Turkish Cypriots in the breakaway Turkish Republic of North Cyprus.

With the Yavuz arriving in the area, and Turkey’s first drillship, the Fatih, already conducting research operations nearby, the waters off Cyprus are dotted with Turkish ships, from research vessels to the warships defending them. This has not gone unnoticed by Cyprus and its allies.

Greece is heading for national elections on July 7, and the rhetoric from Athens has taken a severe turn. Last month, Greek Prime Minister Alexis Tsipras, with the support of the European Union, the United States and other countries in the region, said that Turkey had become weak and isolated in the eastern Mediterranean.

Greek press reports days later said the Greek Armed Forces had been placed on standby to counter Turkey’s moves in the Aegean and Eastern Mediterranean. Greece and the Republic of Cyprus have secured support from the EU, which on June 21 threatened Turkey with sanctions for its illegal drilling activities off Cyprus.

A week later, the U.S. Senate Foreign Relations Committee approved a bill that would lift the U.S. arms embargo applied to Cyprus since 1987.

On the same day, although Greece had not yet formally signed a maritime jurisdiction delimitation agreement with Libya and Egypt, Athens issued a license for the ExxonMobil and French Total to drill off southwestern Crete.

Sinan Ülgen, the chairman of the Istanbul-based Centre for Economics and Foreign Policy Studies, sees broader geopolitical issues behind Turkey’s increasing isolation in the Eastern Mediterranean.

“This situation is closely associated with Turkey’s support to the Muslim Brotherhood and affiliated organizations in the region after the start of the Arab Spring, and the tension with Egypt as a result of it,” Ülgen said.

“Southern Cyprus and Greece have always been in an attitude against Turkey in the eastern Mediterranean. However, the addition of Egypt and Israel to these axes has been shaped by the preferences of Turkey’s foreign policy in this period,” he added.

Turkish and Greek military delegations met in Ankara in mid-June, while political rhetoric was at its most severe, to discuss confidence-building measures in the Aegean.

Yet while defence ministers from both countries met and posed together in Brussels on June 26, Turkish fighters and warships were involved in a show of force as they deployed to protect Turkey’s drilling vessels off the coast of Cyprus.

The stark display of military power near the island, and the seemingly intractable nature of the disagreement has led to fears that conflict is close at hand.

“I think there’s a lot in place to keep that dispute from devolving into armed conflict, for example, NATO being an important factor,” said Sim Tack, an analyst at Stratfor and Force Analysis.

“But there is of course always a chance for miscalculations when tensions run high,” he added. “Let me put it this way, if there were to be armed incidents, I believe those same structures would help keep it at a minimum in terms of scale and duration.”

Tack pointed out that the EU will be limited in its capacity to support Greece in a possible conflict due to its complicated relationship with Turkey, which due to a 2016 agreement is responsible for keeping migrants from reaching EU states. “So, they (the EU) are limited in how much they can ‘convince’ Turkey,” Tack said.

The United States is likewise limited in its capacity to influence Turkey around Cyprus, thanks to ongoing disagreements including Ankara’s decision to defy Washington by buying Russian-built missile defence systems.

Despite this, there is little chance Washington would allow NATO allies to get bogged down in a conflict, according to Tack.

“A possible open armed conflict is a significant loss for all involved, and possibly an existential crisis to NATO, so despite the posturing and deterrence I don’t think any actor sees conflict as a real option here,” he said.

Ülgen agreed and did not expect any active intervention on Turkey’s drilling operations. Though he added that the contradictions Turkey faces between the pursuit of its self-interest in the Eastern Mediterranean and its NATO membership and EU candidacy may cause Ankara to question those alliances.

“However, there is not another alliance system for Turkey of long-term benefits that will replace this system,” he said. “There is no alternative to existing alliances in terms of law and the tradition of pluralistic democracy.”

Rather, Turkey should stick to its current alliances and improve its standing among its neighbours in the Eastern Mediterranean with changes to its foreign policy.

“At this point, Turkey must avoid foreign policy preferences that may be perceived as interference in the internal affairs of third countries and should follow realistic policies to regain the trust of the countries in the region as in the earlier years,” Ülgen said.

“It should seek to rebalance relations with Egypt and Israel,” he added. “After all, Turkey should be a country that can establish alliances in the region again.” 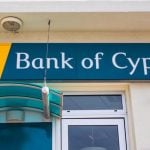 More cars on auction by Bank of Cyprus 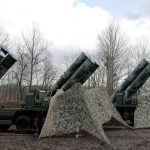