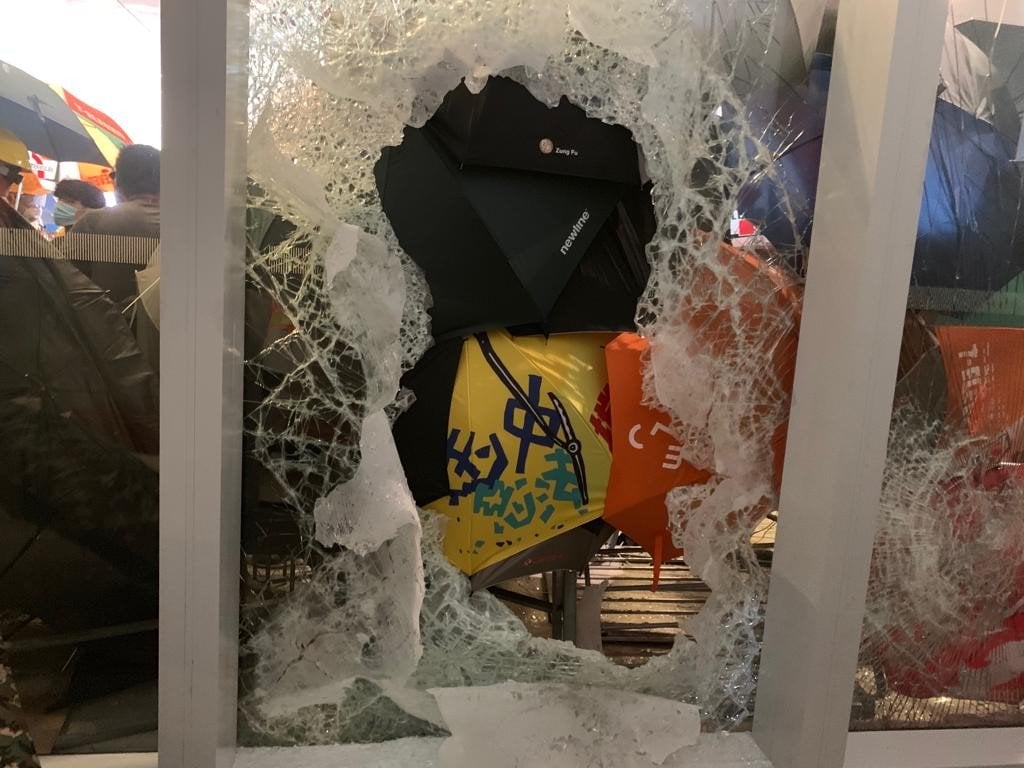 Protesters have forced their way into the central chamber of Hong Kong’s parliament after an hours-long siege.

Dozens of demonstrators broke through the glass of the Legislative Council (LegCo) building earlier in the day.

Hundreds then entered the building, spray-painting messages on the walls and carrying supplies for those occupying the premises.

The unrest followed a peaceful protest involving hundreds of thousands over a controversial extradition law.

Inside the central legislative chamber, one protester sprayed black paint across the emblem of Hong Kong on the rear wall – while another raised the old British colonial flag, which features the union jack.

UK Foreign Secretary Jeremy Hunt – currently competing to become the next British prime minister – tweeted that “UK support for Hong Kong and its freedoms is UNWAVERING on this anniversary day”.

“No violence is acceptable,” he wrote, “but [Hong Kong] people MUST preserve right to peaceful protest exercised within the law, as hundreds of thousands of brave people showed today.”

Earlier, police held signs warning they would use force if protesters charged the glass exterior walls. They later warned that anyone who breached an internal metal gate would be arrested.

But on each occasion, they decided not to move against the crowd – which was armed with plastic helmets, makeshift cardboard shields and umbrellas – and apparently fell back instead.

Hours later, police warned that protesters must clear the building or face “appropriate force” – a statement issued at about the same time the Hong Kong government labelled protesters’ actions as “extreme violence”.

Police had, however, used pepper spray and batons to contain crowds during earlier clashes.

Pro-democracy demonstrators had taken to the streets on the anniversary of the city’s handover from UK to Chinese rule.

This is the latest in a series of protests against a controversial bill that would allow extraditions to mainland China.

The government has agreed to suspend it indefinitely, but rallies continue amid calls for Chief Executive Carrie Lam to resign.

Hong Kong, a former British colony, has been part of China since 1997 under a “one country, two systems” deal that guarantees it a level of autonomy. Pro-democracy events are held every year to mark the handover.

The LegCo building was put on red alert for the first ever time on Monday – meaning people should evacuate the building and area.

But by 21:00 (13:00 GMT), the watching crowd had grown rather than dispersed, and hundreds of protesters streamed through the broken glass into the building proper.

In the morning, a flag-raising ceremony to mark the handover took place inside the Hong Kong Convention and Exhibition Centre, amid a heavy police presence.

Police officers equipped with shields, batons and pepper spray clashed with hundreds of protesters about 30 minutes before the ceremony.

At least one woman was seen bleeding from a head wound after the clashes, AFP news agency says.

A police statement condemned “illegal acts” by protesters who, it said, had taken iron poles and guard rails from nearby building sites.

Thirteen police officers were taken to hospital after protesters threw an “unknown liquid” at them, police said. Some are reported to have suffered breathing difficulties as a result.

At about lunchtime, a breakaway group of protesters moved to LegCo. The small group began ramming the glass doors with a metal trolley, succeeding in smashing in the door, before largely dispersing.

On Monday evening, some then returned to LegCo and began pulling off external fencing and entered the building.

Protesters were then contained by a heavy-duty internal gate, where police were standing ready to respond. But after they eventually prised the gate open, police fell back further inside the building.

One man, identifying himself as G, told the BBC at the scene that protesters were expecting violence.

“The movement is now beyond the bill. It’s about the autonomy of Hong Kong,” he said.

“I do worry about the potential public backlash. Everything we do has a risk and this is one of the risks that people here are willing to take.”

Speaking at the earlier flag ceremony, Hong Kong’s leader Carrie Lam had pledged to spend more time listening to the public so that the government’s future work would be “more responsive” to its “aspirations, sentiments and opinions”.

It was Ms Lam’s first public appearance since 18 June, when she issued an apology for her handling of the extradition law.

The extradition bill raised concerns for that status.

Critics of the bill feared it could be used to target opponents of the government in Beijing, and to bring Hong Kong further under China’s control.

On 12 June police used tear gas and rubber bullets to disperse crowds marching against the bill – the worst violence in the city in decades.

Eventually, the demonstrations forced the government to apologize and suspend the planned extradition law.

However, many protesters said they would not back down until the bill had been completely scrapped.

Many are still angry about the level of force used by police on 12 June, and have called for an investigation.

However, there have also been smaller demonstrations by the territory’s pro-Beijing movement.

On Sunday, thousands of pro-Beijing protesters rallied in support of the Hong Kong police. 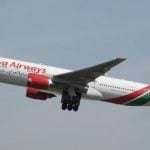