Deputy Prime Minister and Minister of Foreign Affairs Kudret Özersay respond to Anastasiades stating that the Greek Cypriot leadership is not their interlocutor regarding the closed Maraş issue.

Özersay made a statement to the Turkish Agency Cyprus (TAK) and reacted to the request of the Greek Cypriot leader Anastasiades to establish a technical committee between the two sides regarding the closed Maraş issue and said : “the Greek Cypriot leadership, which did not even answer to our request to sit and negotiate the natural resources issue and include the Turkish Cypriots in a comprehensive solution on this issue, is now talking about establishing a technical committee regarding the issue of closed Maraş.

In the case of closed Maraş, there is no comprehensive solution negotiation or a process of confidence-building measures so the Greek Cypriot leadership is not our interlocutor.

Here, the former residents of closed Maraş are stakeholders and they will not be excluded in this process.”

Emphasizing that to discuss the issue of closed Maraş as to which date the immovable property belonged to whom, and under whose use the property was then is misleading, Özersay said that to see the steps that we will take in closed Maraş only as property or ownership is to overlook the original scenario. This issue is much more than property ownership.

If there were ongoing comprehensive settlement negotiations now, the closed Maraş would, of course, be handled at some point between the two sides in that context.

On the other hand, the issue of Maraş has been discussed many times between the two sides as a confidence-building measure in the past, but a solution has never been reached.

If we were in such a process, I would understand that.

There is no need to recreate the same arguments and the processes that always fail because these approaches have no benefit other than the continuation of the status quo.

Here we want to deal with the situation in closed Maraş, which has become one of the symbols of the status quo, on the basis of data.

The inventory study will reveal the situation and we will take some steps based on it.

Therefore, we are not facing a closed Maraş process in the form of a comprehensive solution or confidence-building measure.

Therefore, we cannot accept the approach of establishing a committee between the two sides.” 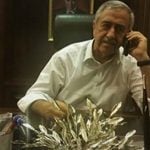 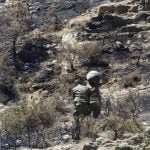 Technical reasons behind explosions in military depot in North Cyprus