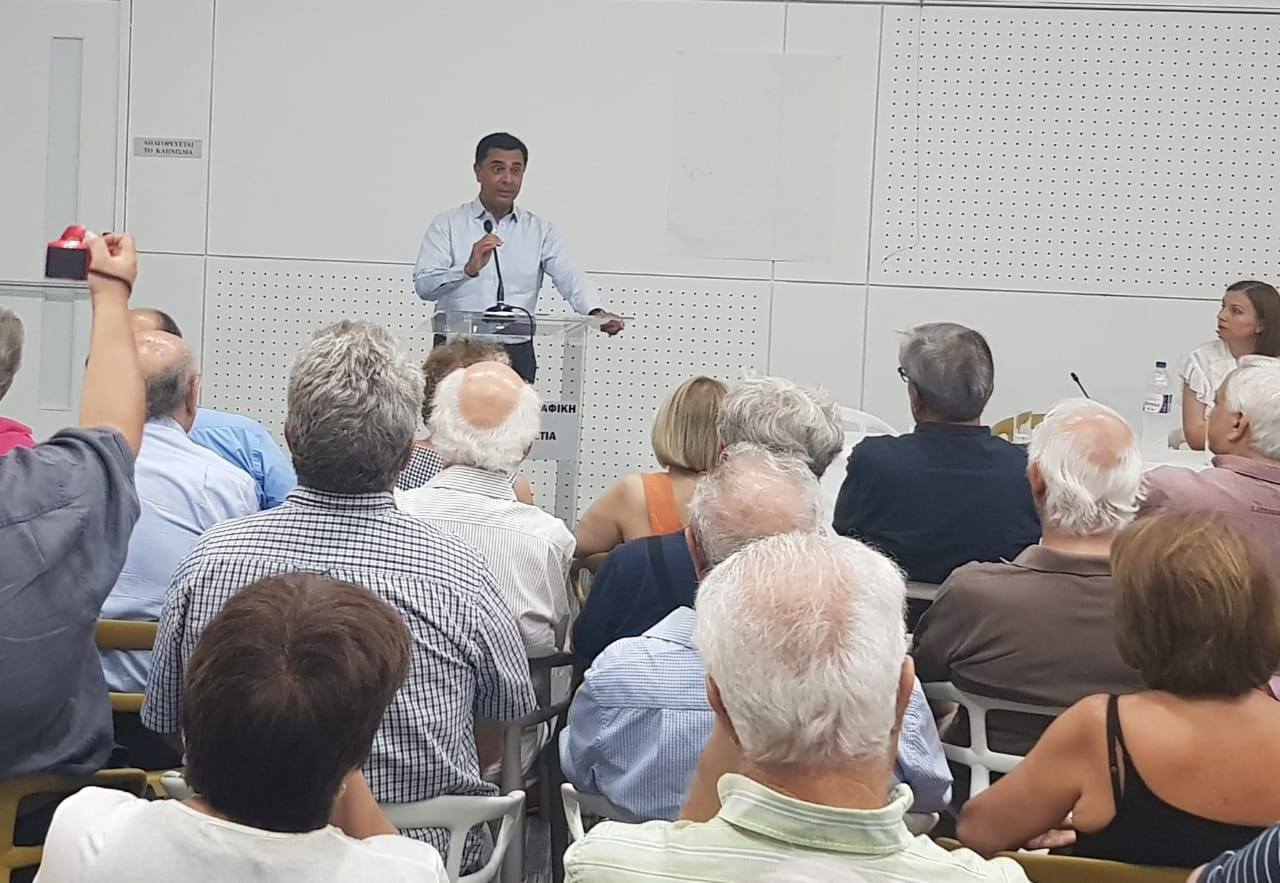 Where do we stand today?

What can civil society do in the near future?

First let me thank OPEK for organizing this event and all of you for coming. We are coming together at a time when we are saddened by the untimely loss of our compatriot Dimitris Hristofias who worked hard to see an end to the Cyprus problem. May he rest in peace.

I believe it is important for people who care about the future of Cyprus to meet more often to exchange views on what can be done to put an end to the unacceptable status quo that we seem to be stuck in.

One may ask what’s wrong with the status quo? After all the average voter on the street in the South could not be blamed for being afraid of a solution if that means sharing power equally with the Turkish Cypriots. He is being constantly told that Turkish Cypriots can not be trusted and sharing power with them amounts to sharing power with Turkey. Avarage voter in the South is living in an EU state and enjoys a sense of security and welfare under that umbrella. The worst part of the economic crisis is to a large extend over and now he is being told that soon everything will be even better, financially and politically, thanks to the newfound hydrocarbons and the strategic alliances the country is forming.

The position of the average voter in the North is different yet leads to a similar assessment. He is living in a state unrecognized, isolated and dependent on Turkey, with it’s financial and political implications. Yet, it is still better than the pre-1974 period. He will not accept anything that even has a remote chance of subordinating his future to the will of the Greek Cypriot community. He also will not accept a change that puts his income, assets or way of life in danger. Some, not all, are worried about the erosion of the Cypriot identity but as I said not to the extent that they will accept anything for the sake of a solution.

So, in a sense our two average voters may not agree on much else but they agree on maintaining the status quo, at least until they are presented a solution that not only promises them much more than what they already have but also assures them that the risks they are asked to take are to make it happen are negligible.

We all know that it is an uphill battle to persuade people that a solution will bring tangible benefits to their lives. Again, to the average voter, promises of a better future that will come with settlement seem like the promises of good life if one wins the lottery, and to ask him to vote “Yes” is like asking him to pay for a lottery ticket. He will buy it only if the bonus of winning is extremely large and cost of loosing is extremely small.

But the expected return of compromising is vague whereas by a wide margin, people prefer the known, the safe, the comfortable. The value of the known is like the value of the cash in their pocket. İt’s hard to persuade them to give that up.

So the claim that a federal solution is the only solution both sides agree on is clearly not true. We know that under current circumstances, short of getting all they want, without any consequences to saying “No”, prolonging the status quo is also an implicit agreement not only of the two sides on the island but of the P5 and the EU.

Acknowledging that this is the framework that we operate in let’s remember, very briefly, what has happened untill now at the talks.

All efforts until and including The Annan Plan referendum failed. Some claim these were imposed solutions and that’s why they met their demise. We then held “Cypriot owned Cypriot led” negotiations, building on past convergences and narrowed down our differences on all issues, including on Territory, to bridgeable distances. This success enabled us to convene the Cyprus Conference to resolve all our remaining outstanding issues in a package deal with a “give and take” across all chapters. This exercise included the “Security and Guarantees” chapter which was discussed together with the Guarantor countries. A first in the history of our negotiations.

Once those discussions reached maturity and no more progress was being registered the UNSG presented a framework on how the major remaining issues can be resolved within a package “give and take’. He also expressed to the parties, in very clear terms, how he saw the final solution, who would give what, probably the most striking one being that “the right of intervention” is not sustainable and a new system of security needs to be created. All accepted his outline and to move in line with his recommendation. Alas, as we all know a historic chance was once again missed, solution effort was once again defeated and the allure of continuing with the status quo once again won.

Engaging in the blame game is not my interest and I’m sure not anyone’s in this room either. Yet, we need to say what happened to learn from our experiences and make better decisions in the future. Please accept the following in that spirit.

I think it is safe to say that the Greek Cypriot leader felt he could not sell the very compromises he himself agreed to. İnstead of remaining true to the package “give and take” format he felt obliged to ask for unilateral concessions he knew his counterpart could not accept.

Maybe what affected me the most was his haste in leaving the Conference. I always thought a Cypriot leader who really wanted to unite his country would not accept failure after the great distance we had covered. A true Cypriot leader who was passionate about uniting his country would acknowledge that it was a major step forward for the Turkish side to accept the Guettees outline even though it would mean ending the unilateral right of intervention as it was designed in 1960 and seek ways to build on that. Instead, he declined proposals to stay and keep trying to find a solution. He left the room looking relieved. When we woke a few hours later, us the Turkish Cypriots, Turkish, Greek and British delegates, we found that the Greek Cypriot leader had already left… learning that he had already packed his bags, planning to leave before the last dinner had taken place, knowing what the outcome would be.

The damage done by what has transpired is so huge that the current two leaders, who both had promoted passionately and voted courageously for the Annan Plan, the very two leaders who brought the talks to such an advanced level that the Cyprus Conference with guarantors were called to finalize the agreement, are now unable to find a way even to go back to the negotiating table. Trust is gone.

Under current circumstances going back to the negotiating table would be futile as no one would even open their hands anymore. GC leader claims he opened his hand too much too early and needs the Turkish side to rebalance the situation by giving him zero troops zero guarantees before he accepts anything more. Turkish side claims it opened it’s hand on territory and security in an unprecedented manner and the minute it did the GC leader left the table pocketing the concessions. This basically created a dynamics whereby neither side will no longer say their final say on the remaining issues fearing that the other side will pocket the concession and wait for an uncertain future date to have something more.

This experience is now part of the accumulated knowledge. It can not be undone. Even if two leaders are convinced to return to the table, either through carrot or stick, they can not make further concessions as long as they feel the other side may leave the table with impunity.

All this means one thing. Continuation of the status quo must be removed from the equation. What do i mean by this…

if we agree that the status quo is unacceptable than we need to move forward in a way that removes it from possible alternatives. The way to do it would be to :

Reaffirm our commitment to past convergences

Agree on a calendar to finish this exercise, including if necessary with UN arbitration or an alternative deadlock resolving mechanism

Go to the referendum and ask people to choose between this negotiated settlement or an alternative settlement mutually agreed by the two leaders. İ.e not between the federal settlement and status quo.

We understand that the GC leader is now contemplating solutions other than a federation. Some claim that what he wants is a “two-state’ solution or a “confederation’ or something in between. I don’t know what he wants. But what I know is that no authority can decide by himself on such a big decision. We need to ask people what do they want. Let them decide if they want the federation we nearly finalized or another alternative, whether it is two States or something else. Once we do that, once we remove continuation of the status quo from among the alternatives presented to people only then will we finally have a decision from them that will bring us back to normality.

Once we take this leap of faith we must in parallel start informing the men and women of our two communities in a transparent manner what a negotiated BBF or an alternative settlement mutually agreed by the two leaders will look like. Here the civil society can play a very instrumental role in informing the public at large about the need to end the status quo, and also about the pros and cons of the alternatives they will be asked to choose between. I strongly believe when we treat people with the respect that they deserve, stop playing with their fears and emotions and present them with a clear choice to end the status quo they can and they will deliver the best result for the future of our common Homeland. 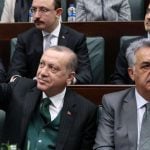 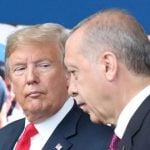