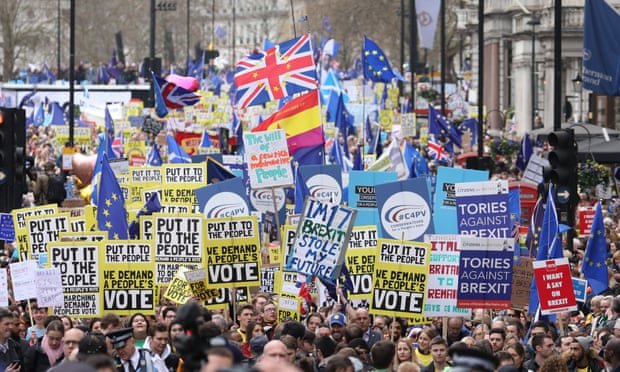 Remember, this has never happened before. It was bad enough when MPs chose the sitting prime minister – John Major, Theresa May, Gordon Brown – but for the first time the Tory party’s misbegotten 1998 rules see our fate fixed by the votes of a tiny self-selecting oligarchy. This novel experiment in non-democracy couldn’t come at a worse time, with the ruling party seized by no-deal Brexit mania, forcing all candidates to abandon truth to woo the membership’s worst delusions. Only one, Sam Gyimah, represented anything approaching the British remain majority, but he couldn’t scrape eight nominations to get into the contest: that’s the nature of the Tory beast.

Look at the “choice”, between two hard-Brexiters ready to drag the county into the no-deal abyss. The Sutton Trust and Social Mobility Commission’s report lands today with perfect timing, showing that private schooling and Oxbridge still govern every British commanding height. How apt, with a “choice” between an Etonian ex-president of the Oxford Union or an admiral’s son, head boy of Charterhouse and president of the Oxford University Conservative Association.

But beyond class, both men are equal austerians, both small-state tax-cutters (Boris Johnson gives £10bn to the 10% richest, Jeremy Hunt gives £14bn to corporations). Both are so sociologically and ideologically similar that “character” is the only cigarette paper between them. But even that goes unchallenged, as Sky News cancels the last debate before postal ballots go out, shut down by Johnson’s cowardly funk, shamelessly dodging scrutiny. What a mockery, even of this bogus electorate.

“Man up,” says Hunt to Johnson, trying to coax the frit old lion out of his cave: “man” it is, women irrelevant. Here’s Prof Tim Bale’s latest analysis for the BBC of the Tory membership voting on behalf of us 65 million: 70% are men, 97% white, 60% southern, 86% higher social classes, average age 57, a high proportion no longer in work. Six out of 10 want the death penalty back. These are oddballs.

They are not Britain, these members who booed Iain Dale for asking Johnson to explain the shouting from his partner’s flat, loud enough to be heard from the street with her yelling “Get off me!” and “Get out of my flat!” Women want to know. And though the old, male Tory members may think it’s irrelevant, they may note that Johnson’s lead with real voters fell eight points in a day.

The party has changed, that’s clear: Bale finds members’ Brexit position has hardened considerably since 2015, reinforced by 30,000 new hard leavers. Here’s the crunch: 84% are opposed to a referendum and two-thirds are for leaving the EU with no deal – ready to sacrifice the union, the economy and their own party. Out in the real world, only a quarter of voters want a no-deal Brexit. For more than 18 months YouGov founder Peter Kellner has recorded a majority who now think the referendum result was wrong. For a year there has been an eight-point lead for remain, among all polls. This has become a remain-majority country. This seminal fact – mostly due to Labour voters changing their minds, plus the older, more pro-Brexit voters dying, and the young, more remain, entering the register – is missing from most public discussion. Why?

A Survation poll for the Mail on Sunday found 54% for remain, 46% for leave. Did you miss that? That’s because the Brexit-backing paper omitted it from its report, but it’s on the Survation site. Also missing was Survation’s Westminster result: Labour in the lead on 26%, Tories 24%, Brexit party 20%, Liberal Democrats 18%. Add in 11% for the Greens, Scottish National party and Plaid Cymru combined, and in total remainers are well ahead of the leavers.

Yet the UK is in mortal danger of being dragged into a no-deal Brexit against its will, with no vote, no say. Where is the rebellion against this democratic outrage? Instead, we get dishonesty about obeying a long-defunct “will of the people” plus Hunt’s surprisingly frank confession on the Radio 4 Today program that there will be no election as it would put Jeremy Corbyn into No 10. A referendum is resisted for the same reasons: Brexit would lose.

Labour’s failure to take the strong remain stand that growing numbers of its shadow cabinet, and most members, support leaves an empty chair where Labour should be. How profoundly depressing that Corbyn-backing Momentum has proposed 10 conference motions but not a single one refers to Brexit.

We set four tests for Brexit. Three years on, all of them are failing

Each day more phony “solutions” to the Tories’ Brexit dead end pour out: Labour should be out there knocking them down like skittles. Johnson’s waffly claim that there could be “a standstill in our current arrangements under Gatt 24, or whatever it may be”, has been blown out of the water by every expert, including the Brexit-backing attorney general, Geoffrey Cox. It shows how far the party has galloped into fantasy land when Liam Fox, who used to be the furthest extreme, now ranks among the sensibles, dismissing Johnson’s Gatt 24 line. “It isn’t true” he says; no deal means no implementation time; and yes, all World Trade Organization tariffs apply immediately, 10% on cars, 40% on meat and other produce.

Nicky Morgan’s “alternative arrangement” yesterday was an imaginary side-deal between the UK and Ireland to let food travel freely across the border: it too was instantly exposed as balderdash by trade experts. Both Hunt and Johnson boast of magic EU negotiating tactics and wizard border wheezes; neither has yet been stripped naked of such nonsense by relentless grilling. Now Theresa May says the next prime minister can avoid scrutiny by the Commons until September.

Labour should be ready for an election soon, as both Tory remain rebels and StandUp4Brexit MPs from the European Research Group pledge to pull down a Johnson government if he deviates either way. Nigel Farage yesterday proposed a pact with the Tories that would deliver a devastating hard Brexit crash-out. This could see the remain majority crushed by a minority Tory/Farage Brexit machine. The only salvation would be the remain parties knocking all heads together to fight as an anti-Brexit alliance. 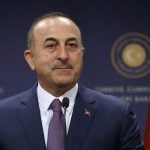