The statement read out by convicted serial killer Nicos Metaxas to Nicosia Criminal Court could act in his favor when – 25 years from now – he is entitled to apply for parole, criminologist Yiannis Polychronis told Radio Active on Tuesday.

Metaxas, a 35-year-old army officer, was handed down seven life sentences after pleading guilty to killing five women and two children. Five of the life sentences are consecutive and two are concurrent.

Under Cyprus law, as the life sentences are consecutive, Metaxas must serve 25 years before he can apply for parole – without this meaning that parole will be granted.

Had the life sentences been concurrent, he would have been entitled to apply for parole after serving 12 years behind bars.

Polychronis told RadioActive that Metaxas’ statement to the court – when he burst into tears, apologized and showed regret, combined with the fact that he cooperated with authorities, pleaded guilty and did not seek lengthy court proceedings, will be in his favor should he apply for parole in 25 years times.

But all will depend on his rehabilitation and behavior in prison he added.

The criminologist said that the fact that Metaxas had recognized he had a problem and put himself at the disposal of researchers so that similar tragedies can be avoided in future also worked in his favor.

In his statement after pleading guilty, Metaxas had apologized to the families of the victims, the souls of the victims, his own family and to Cyprus society which he said must wonder how anyone could commit such abhorrent crimes.

“The same question is tormenting me too, but I have still not found the answer,” he said.

Polychronis said that legal circles had expected the trial to last about 15 days, yet it was over within a few hours.

He added that the conditions under which lifers are held in prison differ from those of other prisoners.

After eight years, Metaxas will be allowed an eight-hour prison furlough, always accompanied by four prison wardens. This is conditional on his behavior in prison and how dangerous he is considered.

Polychronis said that it was up to prison management to protect the convict as the nature of his crimes were abhorrent to other prisoners.

He added that each convict is assigned to a specific prison wing depending on how dangerous he is and on how much danger he faces from other prisoners. 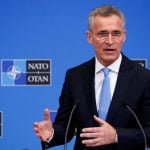 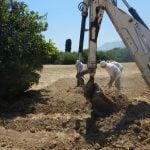 Turkish Cypriots Fighting the Virus in the UK (Video)

Tate Modern: Boy, six, stable after being ‘thrown’ from building