Mustafa Akıncı, the president with the breakaway Turkish Cypriot state in northern Cyprus, said he had not been informed of the government’s plans to open up the abandoned tourist resort of Maras/Varosha, Havadis Kıbrıs newspaper reported on Saturday.

Turkish pro-government newspaper Daily Sabah reported on Tuesday that the Turkish Republic of Northern Cyprus (TRNC), a breakaway state recognized only by Turkey, planned to re-open Varosha after 45 years.

Turkish Cyprus will send a team of experts to Maras/Varosha, which is currently surrounded by fencing and watched by guards, to make a list of movable and immovable properties, Kudret Özsaray, the TRNC Foreign Minister said on Tuesday.

Prime Minister Ersin Tatar said the move might be the start of a new period, adding that they planned to make Varosha the Las Vegas of the Mediterranean and the town would return to its old days when it was a popular destination for many celebrities like Elizabeth Taylor and Brigitte Bardot.

“We hear it now. Mr Tatar makes a statement and says ‘we are doing this in dialogue with Turkey’,” Akıncı said about government plans to open Maras/Varosha, also known as a ghost city.

Akıncı said the presidency represented the will of the Turkish Cypriots and is responsible for initiatives to solve the Cyprus problem. “It seems like there is an effort to bypass the president,” he said.

The Turkish Cypriot president said the government should inform the opposition about any consultations with Turkey over the issue and the two sides should jointly discuss plans on Maras/Varosha.

A 1984 UN resolution prohibits any attempt to resettle Maras/Varosha with anyone other than its former inhabitants, who abandoned the city when Turkish troops invaded Cyprus following a Greek Cypriot coup in 1974.

“The issue of Maras/Varosha should be handled sensitively, but in any case, it is an issue that has the potential to contribute to the target of a resolution in Cyprus,” Akıncı said.

According to Akıncı, the Turkish Cypriots can allow Greek or joint Greek-Turkish companies to open shops in Maras/Varosha under UN’s control, in exchange for starting international flights to TRNC’s Ercan Airport.

If that is not possible, that Maras/Varosha can be opened under Turkish Cypriot control without causing any frictions with the UN, Akıncı said. “Yet, for both options, I want to emphasize once more the importance of being compatible with the UN and to act in the framework of international law,” he said. 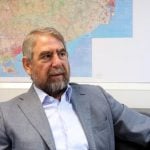