Millions of Istanbulites will pour to the ballot box on June 23, Sunday, to elect their city’s mayor for the next five years in a re-run local poll.

Ekrem Imamoglu, candidate of the opposition Republican People’s Party (CHP), and Binali Yildirim of the ruling Justice and Development (AK) Party, will vie to run the metropolitan municipality of Turkey’s most populous city after a previous vote on March 31 was annulled by the country’s top election council last month.

Millions of Turkish voters cast their votes nationwide on March 31 in local elections to choose mayors, city council members, mukhtars (neighborhood officials), and members of elder councils for the next five years.

In Istanbul, Imamoglu received 48.8% of the vote, whereas Yildirim got 48.55%, according to official figures from the Supreme Election Council (YSK).

AK Party won 24 district municipalities across the province, while the CHP won 14.

The results in March were canceled after AK Party and its coalition partner, the Nationalist Movement Party (MHP), appealed to the YSK, citing irregularities and contradictions with legal measures, leading to the annulment of Imamoglu’s mayoral certificate.

The YSK ruled in favor of a re-run, with seven votes in favor and four against.

Some 30,281 votes in 108 ballot boxes were declared invalid due to vote-counting sheets being unsigned or absent altogether, the country’s Supreme Election Council (YSK) said in a statement.

Also, polling clerks who were not civil servants served in 754 polling centers in the March 31 mayoral elections in Istanbul.

The council said this practice was unprecedented and influenced the difference between the ruling and opposition alliances — down to 13,729 ballots — and therefore raised questions on the validity of results.

What will happen on June 23?

YSK chief Sadi Guven said all eligible voters who cast their ballots in the March 31 poll would be able to do so again in a re-do vote for Istanbul’s metropolitan mayor.

However, 44,852 voters were removed from the electoral lists due to conviction, military service or death.

On the March 31 elections, voters chose from among 32 candidates — 24 of them independent — on the ballot.

This time, there will be only 21 candidates, including nominees from AK Party, the CHP, the Felicity (Saadet) Party and the Patriotic (Vatan) Party along with 17 independent hopefuls.

How did parties react to the re-vote?

The total votes for the withdrawn six parties counted at roughly 94,500, which is set to be a highly relevant base considering the final difference between Imamoglu and Yildirim was only 13,000 votes.

President Recep Tayyip Erdogan, who is also the head of AK Party, rebuffed critics of the new vote.

“Our sole purpose in this [election] process has been to ensure that the outcome of the national will was recorded in the most accurate and healthy way,” said Erdogan.

“Those who are on vacation should return [to Istanbul] and cast their votes,” said Kilicdaroglu.

The CHP said it aims to place a lawyer to preside over each ballot box to monitor the voting process.

Noting that there are 76 election boards in Istanbul, the CHP said it would assign one of its parliament deputies to each board responsible of counting the ballots.

Meanwhile, AK Party said it would assign at least nine officers to each box.

Yildirim and Imamoglu on June 16 sat down for a televised debate a week ahead of the re-run polls.

This was the first and long-awaited political debate after AK Party won the Istanbul mayorship 17 years ago.

During the debate, moderated by veteran journalist and TV presenter Ismail Kucukkaya, Yildirim stressed that AK Party had first proposed a recount of all invalid ballots, not a new election, but that the opposition failed to cooperate.

“If my vote was tallied for the CHP or another candidate, this was theft,” he said.

For his part, Imamoglu rejected the accusations of voting theft and characterized the Istanbul re-vote as part of the fight for democracy, “not just a local election”.

Moving on to election promises, Imamoglu said if elected, he would assign a desk to look exclusively into Syrians living in the city.

Yildirim said Syrians were already active in the social and working life in Istanbul and that municipal initiatives on the issue “already exists”, though that they could be strengthened.

Both candidates agreed that Turkey has not yet received enough international support on the Syrian refugee issue.

They also promised to create new jobs for Istanbulites through new projects and municipal employment offices, as well as to increase green space across the city.

During campaigning, both CHP and AK Party leaders attended several meetings in different districts of the city and held nearly daily public demonstrations.

Both parties conducted active election campaigns with advertisements via a variety of media outlets on TV and radio.

Turkey’s radio and television authority announced that the campaign would end on June 22, 6 p.m. (1500 GMT).

After this, the ban prohibits political advertisements on all broadcasters, news about the election and its results or any predictions about its outcome. 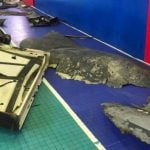 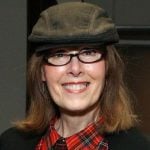