Turkish Energy and Natural Resources Minister Fatih Donmez said during an official ceremony that the Yavuz vessel will reach a drilling depth of 3,300 meters in Karpaz-1 well, which is located at Gazimağusa Bay of the Turkish Republic of Northern Cyprus and will complete its operations in three months.

Reminding that Turkey has put its stance clearly regarding the continental shelf and it was registered by the UN, Dönmez said that the Greek Cypriot Administration does not have right to take decisions on its own concerning the whole island.

Minister Dönmez also stated that they do not accept some non-regional actors who are behaving like international lawmakers or decision makers and added “We will fully defend the legitimate rights of our country and the TRNC in the Mediterranean. We will continue our drilling activities, which are established in our own legitimate rights”. 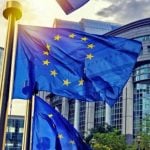