For some time now, AKEL has been warning that the situation that has evolved surrounding the Cyprus problem following the collapse at the Crans Montana conference, in conditions where there is an absence of a negotiating procedure and Turkey is relieved of its responsibilities, posed serious dangers. Among other things, we were issuing warnings that if this situation were to continue, Turkey would carry out its threats to drill within the Exclusive Economic Zone (EEZ) of the Republic of Cyprus. In contrast, both the Nicos Anastasiades and the Foreign Minister were giving assurances that they have shielded the EEZ and our sovereign rights. Unfortunately today we are experiencing the peak of Turkey’s aggressiveness and provocations. Mr. Erdogan, on a daily basis, is threatening the Republic of Cyprus and deepening the fait accompli against it. The fact that Turkey’s drilling is already underway in our EEZ proves the correctness of our warnings and regrettably confirms our biggest concerns.

It is completely natural for Cyprus to be expecting that the climax of Turkey’s aggressiveness and provocative actions cannot remain unanswered on the part of Cyprus’ European partners. However, they now have to move from issuing verbal denunciations to the adoption of practical measures. The Conclusions adopted by the General Affairs Council the day before yesterday reiterate earlier condemning references. The Council, inter alia, expresses its serious concerns about Turkey’s drilling activities in the Eastern Mediterranean without clarifying that they are being conducted within the EEZ of the Republic of Cyprus. It calls on the Commission and the European External Action Service (EEAS) to submit recommendations for the approval of appropriate measures without delay. We await to see what these measures will be.

We point out that if the termination of the discussion on upgrading the EU-Turkey Customs Union or the explicit interconnection of the opening of chapters and visa liberalization for Turkish citizens with the ending of Turkey’s actions within our EEZ is not included in these measures, we are very afraid that the reaction will not be effective.

If by any chance this is will be the EU’s stand, the only explanation that can be given is that what comes first and takes precedence is that Turkey constitutes a key economic and trading partner, a point that is stressed in the Conclusions approved the day before yesterday.

We continue to hope that effective measures will be taken, but they don’t solve the problem on their own.

Turkey’s actions at the same time must be terminated and the negotiation procedure on the Cyprus problem should be resumed from the point where it had remained at Crans Montana.

In the Conclusions themselves, the Council reiterates that “the EU remains fully committed to the overall solution of the Cyprus problem”, going on to add that Turkey’s commitment and contribution to such a solution, including the external aspects of the problem, within the framework of the United Nations, in line with the relevant UN Security Council resolutions and principles of the EU, remains crucial.

We, therefore, call on the Anastasiades to at long last take initiatives to immediately end Turkey’s actions and for the simultaneous resumption of the talks without additional terms and preconditions as requested by the UN Secretary-General. 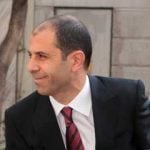 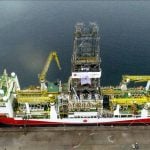