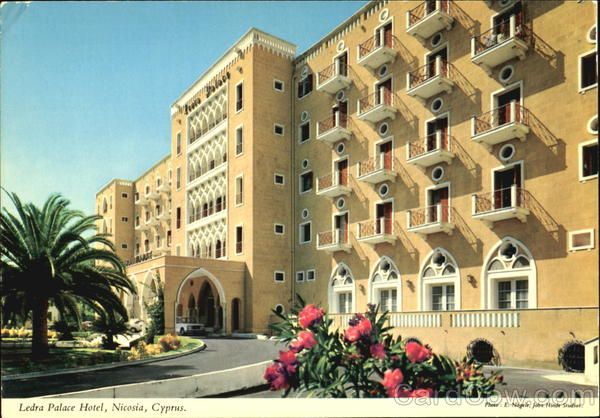 Once the playground of the Cyprus elite, the Ledra Palace hotel in the capital Nicosia now stands as a poignant symbol of ethnic division on the island nation. It’s been 45 years since the pitter-patter of high heels was replaced by the thud of soldiers’ combat boots pacing its floors when United Nations peacekeepers took over the hotel as their barracks.

War in the summer of 1974 caved Cyprus along ethnic lines, creating a buffer zone that cuts across the capital Nicosia, dividing the Turkish Cypriot north from Greek Cypriots in the internationally recognized south.

The Ledra Palace sits at the heart of this zone, still maintaining a flicker of its old majesty despite the mortal shell craters and bullet holes scarring its sandstone facade. But now the United Nations says the aging building’s rooms are no longer suitable for housing military personnel.

Renovations to bring the hotel up to modern safety standards are too costly, so the upper two floors of the building previously occupied by the UN now sit empty.

Although the 160 personnel posted to the sector have been relocated to prefabricated units behind the hotel, UN spokesman Aleem Siddique says the Ledra Palace will continue to play a key role in the organization’s work in patrolling the buffer zone.

Siddique says the hotel will remain a base for the soldiers whose task it is to patrol the zone and prevent tensions from rising between opposing soldiers, who in some areas are only meters apart. He said: “This base is one of the most active areas of the buffer zone, it’s the old town of Nicosia where we have used the hotel to help bring the two communities together.”

The hotel’s two lower floors will remain in use for events aimed at building bridges between Turkish Cypriots and Greek Cypriots.

When it was finished in 1949, the 240-room Ledra Palace hotel was the best Cyprus had to offer, even hosting Hollywood stars. Located near the center of Nicosia’s medieval core and its surrounding Venetian-built, 16th-century walls, the hotel’s luxurious ballroom, restaurants, and bars were the places to see and be seen.

The hotel was also the venue for meetings that helped shape the course of the island’s history. One such involved experts from Greece, Turkey and both Cypriot communities, who helped draft the constitution of Cyprus after it gained independence from British colonial rule in 1960. The Ledra Palace has hosted numerous rounds of peace talks between Greek and Turkish Cypriot leaders and became a nexus for journalists covering the Middle East. 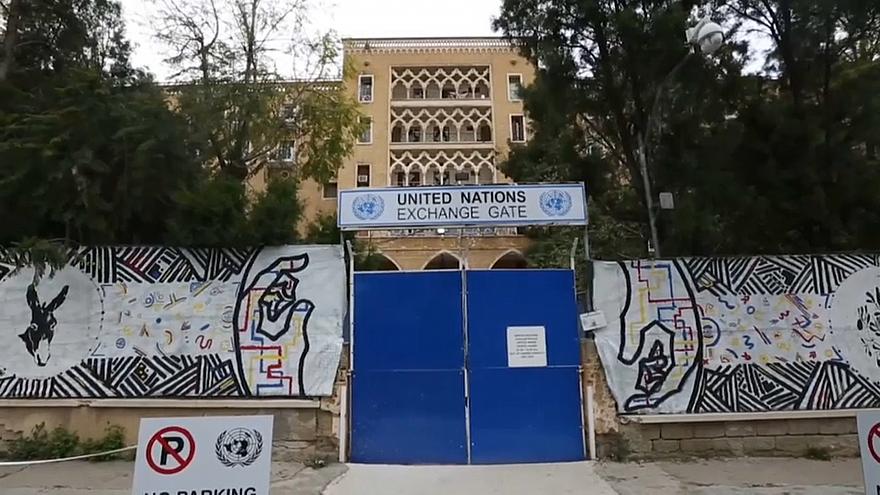 At the outbreak of strife between the two communities in December 1963, 15 British troops moved in to keep the peace between the warring sides. Then 11 years later the Ledra Palace found itself in the middle of fierce combat between Greek Cypriot National Guardsmen and Turkish forces, In the wake of a coup by supporters of uniting Cyprus with Greece.

As fighting subsided, Canadian peacekeepers moved into the hotel which now found itself straddling the buffer zone. Greek Cypriot and Turkish army guard posts still flank the hotel’s outer perimeter as do derelict homes abandoned during the fighting.

Ensconced within the buffer zone behind barbed wire, the Ledra Palace was beyond the gaze of most Cypriots. That changed in April 2003 when a political thaw between the two sides enabled the opening of a crossing point there for use by people from either community.

As for the hotel’s role in the conflict today, Siddique says: “We still have an important job here every day. Our peacekeepers diligently patrol the buffer zone using Ledra Palace as a base to prevent tensions from rising within the buffer zone and to defuse tensions between the opposing forces, and that important work continues.”

10 killed when small plane crashes on takeoff in Texas