Turkey on Monday said Greece and Cyprus are abusing their European Union membership in threatening to push the EU to sanction Turkey for drilling off the coast of Cyprus, Turkish news site Diken reported.

On Sunday, Greek Prime Minister Alexis Tsipras said that if Turkey is found to have started drilling for gas in Cyprus’ exclusive economic zone (EEZ), Greece and the Nicosia-based Cypriot government would urge the bloc to sanction Turkey.

Turkey’s Foreign Ministry said in a statement that Greece and the Greek Cypriot administration abuse their EU membership and some EU countries have become instruments for that, according to Diken.

At a summit in Malta last week, the EU’s Mediterranean states backed up fellow member state Cyprus in its dispute with Turkey over lucrative offshore gas reserves.

The joint declaration reflects the national positions of Greece and the Greek Cypriot administration, which do not comply with U.N. principles on solving the Cyprus issue or the rules of international law, said a Turkish Foreign Ministry statement last week.

Ankara has been at odds with Athens and Nicosia over a series of issues including exploration and drilling of gas reserves around Cyprus.

Turkey, the only country to recognise the breakaway Turkish Cypriot state in the north of the island, says Turkish Cypriots should also have a say in gas exploration and a share of any revenues. Turkey also has territorial claims overlapping with Cyprus’ EEZ. 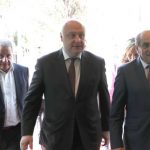 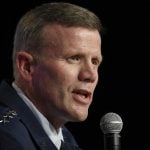