Tsipras wants EU to get tough on Turkey’s aggression in E.Med

Greek Prime Minister Alexis Tsipras is urging the European Union to do more than issue press releases of condemnation against Turkey, which is growing increasingly aggressive in the Eastern Mediterranean, as well as provoking Greece in the Aegean, the National Herald wrote.

Ankara has been in a bitter dispute with Athens and Nicosia over the island’s exclusive economic zone (EEZ) and natural gas drilling rights in the Eastern Mediterranean, in addition to an ongoing row over the maritime borders of the Aegean. Ankara objects to Cypriot and Greek for gas exploration efforts in the Eastern Mediterranean and says northern Turkish Cypriot state – which is only recognised by Turkey – should receive a fair share from gas resources of the disputed island.

The EU has urged Turkey to reconsider plans to start exploratory drilling for oil and gas off Cyprus,  a move has been condemned as illegal by the European Union.

EU leaders of Italy, France, Malta, Portugal and Spain on Saturday expressed their support for Cyprus’ right to drill for gas in its exclusive economic zone in the Eastern Mediterranean while calling on Turkey to respect international law and the principles of good neighbourly relations.

Earlier this week, Cyprus issued arrest warrants for 25 people including crew assisting the Turkish drilling vessel Fatih and officials at firms partnered with the state-run Turkish Petroleum Corporation, after Turkey announced early this month that a second Turkish drillship would begin drilling off Cyprus by July.

But the Radical Left SYRIZA has failed to define which “specific measures,” should be taken against Ankara, the article said, noting that Tsipras is trying to balance standing firm against Turkey with trying to pacify the Turkish President Recep Tayyip Erdoğan.

While Greece and Turkey belong to NATO, the defence alliance has made it clear that it wants no part of the feuding between the countries, the National Herald said.

Accordingly, NATO has taken no action against Turkey for airspace and seas violations as Ankara prepares to go through with its planned purchase of the Russian S-400 missile defence system that could jeopardise the alliance.

If Turkey does not withdraw from the S-400 deal by July 31, it will face expulsion from the F-35 fighter jet programme, and will also likely face reprisals from U.S. congress including sanctions that could devastate Turkey’s economy, according to a letter to sent to the Turkish defence minister by U.S. Acting Defence Secretary Patrick Shanahan last week. 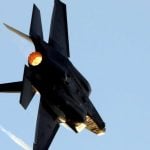