Turkish businessman Alptekin faces charges related to his lobbying on behalf of the Turkish government, including conspiring with former Flynn business partner Bijan Rafiekian to extradite Turkish cleric Fethullah Gülen, the leader of a religious group the Turkish government accuses of orchestrating a coup attempt. Gülen has lived in self-imposed exile in the United States since 1999.

Flynn “was aware” the Ankara was somehow involved in a public relations and lobbying campaign that involved Alptekin and Rafiekian, the Daily Caller’s Chuck Ross, who broke the news for the first time about Flynn’s lobbying contract with Alptekin on November 11, 2016, quoted a prosecutor handling the case of Rafiekian as saying.

Rafiekian and Alptekin were indicted in December 2018 on charges that they acted as unregistered foreign agents and have been charged with making false statements on registration documents with the Justice Department.

Flynn has admitted to lying about his role in the lobbying effort and has been cooperating with the investigation of Alptekin and Rafiekian.

The former U.S. national security adviser will testify as a witness rather than a co-conspirator, it said, quoting assistant U.S. attorney James P. Gillis as saying that Flynn “is going to go well beyond” what has been revealed in court documents when he testifies at Rafiekian’s trial.

“Prosecutors have produced emails that show Alptekin told Rafiekian and Flynn that Turkish government officials had approved a budget for the Gulen project,’’ the article said. 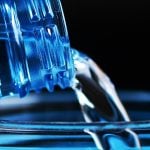