The U.S.-Turkish relations have soured with the latter’s plans to buy Russian S-400 missile systems, which according to Washington could collect data on NATO military operations. The disagreement between two NATO allies has peaked following a letter by Acting U.S. Secretary of Defense Patrick Shanahan to Turkish Defence Minister Hulusi Akar last week which said Turkey’s participation in the F-35 programme would end as of July 31 unless Turkey withdraws from its planned purchase of S-400s.

“Our decision is clear. We won’t compromise on the S-400 issue,” Erdoğan said on his way back from the fifth summit of the Conference on Interaction and Confidence-Building Measures in Asia (CICA) in the Tajik capital of Dushanbe. And, the United States is making a “mistake” by not delivering F-35 fighter jets to Turkey, he said, adding that they had a positive discussion with U.S. President Donald Trump on the matter.

Regarding Turkey’s relations with China, Erdoğan said both countries were planning to reach a trading volume of $50 billion as he had previously discussed with his Chinese counterpart. He also said that Turkey’s largest trade partner is Russia, with a trading volume surpassing $25 billion.

The United States also threatened Turkey with a new wave of economic sanction if Ankara would not cancel the S-400 deal with Russia.

The government is clearly forecasting the economic impact of sanctions that, if Turkey goes through with the S-400 deal, could hit its economy even harder than the U.S. sanctions over jailed American pastor Andrew Brunson that triggered the lira slide last year.

Despite possible U.S. sanctions, Erdoğan said he expected Russian S-400 missile defence systems to start arriving in Turkey in the first half of July, broadcaster NTV reported on Sunday.

“We discussed the S-400 subject with Russia. Indeed the S-400 issue is settled,” the Turkish president said. “I think they will start to come in the first half of July.” 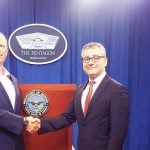 Turkish Army frustrated over losing out on F-35 programme 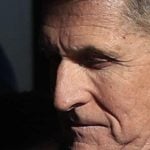