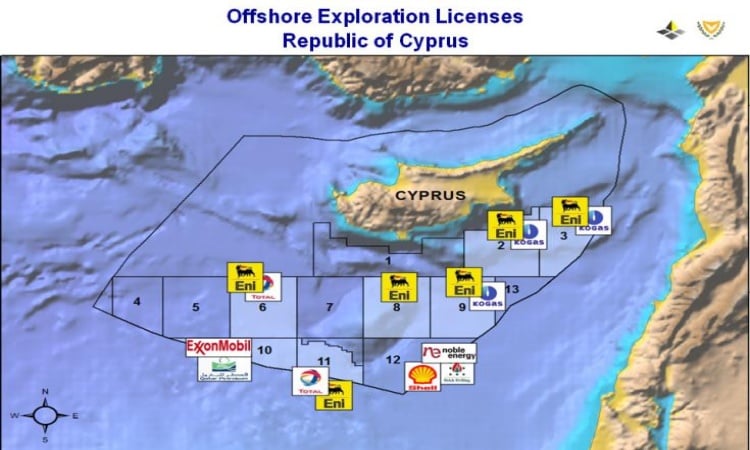 The issuing of a two-digit number of international arrest warrants by the Republic of Cyprus with regard to the actions in the Cypriot continental shelf/EEZ by the Turkish drilling ship “Fatih” does not settle the issue, but puts pressure on Turkey, diplomatic sources in Nicosia said on Thursday.

Moreover, they noted that even though the arrest warrants have yielded some results against the Turkish plans, Ankara’s aim is for “Fatih”, which has been since May 4, 36 nautical miles west of Akamas peninsula, to proceed with a drilling operation, for which Turkey needs the help of others in order to move forward. For such a drilling process to take place more than a month is required.

Nicosia is already taking legal measures against companies that cooperate with the Turkish Petroleum Corporation (TPAO) in the Cypriot continental shelf/EEZ.

Under the national legislation, direct or indirect involvement of any company or its affiliates, without the express authorization of the Government of the Republic of Cyprus, constitutes a serious criminal offense. Fines are more than one million euros and/or five years imprisonment.

For an offense committed by a legal person/company, whether perpetrated with the consent or tolerance or due to the negligence of any managing director, director, secretary or any other officer acting in such capacity, all said persons, as well as the legal person itself are criminally responsible.

Moreover, according to the criminal code, any person aiding and abetting the commission of an offense is also criminally liable.

On whether “Fatih” has or not proceeding with drilling, the diplomatic sources said that there are indications to both directions, noting that there is no clear information on this.

With regard to the arrest warrants, they noted that competent authorities of the state – the Foreign Minister, the Energy Service, the Law Office, and the Police – have acted with determination and there were results as regards companies that contributed to “Fatih’s” actions. They used to have Norwegian staff, now these employees have gone and they now have Turks, they noted.

Referring to the possible measures on behalf of the EU, in the framework of the forthcoming European Council meeting, they said that the Republic of Cyprus aims at achieving the maximum of its goals. Our European partners have pledged to show their solidarity. We expect to see decisions are taken to this end, which will provide for measures, they added.

In any case, Nicosia considers that “Fatih’s” presence in the Cypriot continental shelf/EEZ constitutes a serious violation of the international law, and that a drilling operation will escalateTurkish provocations.

Moreover, they highlighted that the presence of this drilling ship off the coast of Cyprus has a high economic cost for Turkey. if one considers that the presence of ENI’s SAIPEM 12000 in the Cypriot EEZ last year cost the company half a million dollars per day. The SAIPEM 12000 was then unable to proceed with its drilling operation at “Soupia” target as it was halted by Turkish warships.

The same sources said that patently unreasonable conflicting claims cannot deprive a coastal state of its rights under international law or require the suspension of the exercise of those rights and as a matter of international law, Cyprus’ sovereign rights over its continental shelf and EEZ cannot be abrogated by an announcement by another state that it has a claim to an area of the EEZ or continental shelf of the Republic of Cyprus.

In order to have a genuine claim, it is required by the other state to present a reasonable legal claim in a disputed area, they added, and noted that the Republic of Cyprus consulted Vaughan Lowe, a British expert on international law and Oxford University professor, in order to present its well-documented and well-founded positions, in line with the existing case law and the proper legal interpretation.

Talking about the participation of French energy giant Total and Italy’s ENI in drilling operations in Cyprus’ ΕΕΖ, the same sources said that the interests of the Republic of Cyprus are secured through collaborations between companies.

They noted in particular the willingness on the part of France to support the activities of Total in Cyprus’ EEZ and referred to the example of the French Navy frigate which passed through the maritime area in EEZ block 3, in February 2018, after Turkish warships prevented in the same area ENI’s drillship “SAIPEM 12000” from drilling in a target dubbed “Cuttlefish.”

In any case, Nicosia deposited with the UN Secretary-General the geographical coordinates of its north and northwest limit of its continental shelf/EEZ on the same day “Fatih” was deployed off Pafos’ coast on May 4.

The same sources explained that this move was made in an effort to highlight the exact limits of Cyprus’ continental shelf/EEZ, giving the message to foreign companies cooperating with Ankara that any violation of these limits is a violation of the laws of the Republic of Cyprus.

Moreover, it was noted that Cyprus repeatedly called upon Turkey to enter into negotiations for the delimitation of their maritime zones, in accordance with international law, an invitation which was repeated in a letter to the UN Secretary-General, on December 12, 2018.

They also said that there is no plausible basis for Turkish claims in the western maritime area of Cyprus, based on international law, and pointed to the general acceptance by the international community and countries of the region that the median line is the proper approach to the achievement of an equitable delimitation.

They also said that a claim is deemed plausible when this involves an area up to the median line and that when a country’s claim exceeds the median line, it means that it is not acting in good faith. This is what other countries and their Law Offices see and point to Turkey as the country which is on the wrong side, they added.

According to the same diplomatic sources, the EEZ delimitation agreement between Cyprus and Israel contains two references to the UN Convention of the Law of the Sea (UNCLOS) even if Israel is not a party to the Convention. The same Convention was not signed by the United States, however, Washington accepts the application of customary law, they added.

Cyprus and Turkey could appeal to an international dispute settlement mechanism for the delimitation of their maritime zones, but as the diplomatic sources pointed out, Ankara is not a party to UNCLOS and does not accept the compulsory jurisdiction of the International Court of Justice. They said finally that Turkey has chosen to keep itself outside the ambit of all such party dispute resolution procedures. 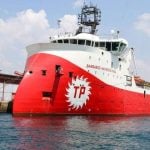 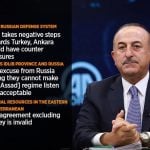 Turkish FM says ‘no step back on Russian S-400 deal’

Petrol and Diesel going up From Midnight