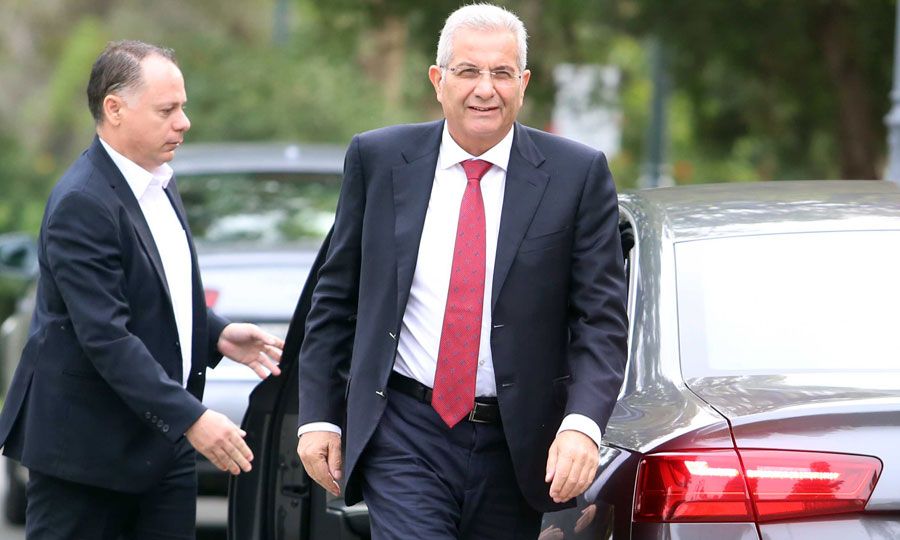 Leaders of the Greek- and Cypriot-American diaspora, from the Hellenic American Leadership Council and the International Coordinating Committee Justice for Cyprus, have responded to remarks by the Secretary-General of Cyprus’ communist AKEL party, Andros Kyprianou, criticizing US policy in the eastern Mediterranean. The full text follows:

”Mr. Kyprianou misrepresents the origins of the East Med-Act and what it does”

That is why we were dismayed to read the comments of Mr. Andros Kyprianou, the Secretary-General of AKEL, regarding the Eastern Mediterranean Security and Energy Partnership Act (the “East Med-Act”) and about the recent PSEKA Conference. Mr. Kyprianou’s comments on the East Med-Act were at best ill-informed, as we have confirmed that he has not reviewed the legislation with a single individual or advocacy organization involved in its preparation. Furthermore, his remarks could undermine Cyprus’ new geopolitical partnerships, its relationships with philhellenes in the U.S. Congress, and with its diaspora in the United States. For all these reasons, we regret Mr. Kyprianou’s remarks and seek the clarify the misperceptions they create.

Mr. Kyprianou misrepresents the origins of the East Med-Act and what it does. The East Med-Act is not a creation of the government of the Republic of Cyprus. It builds on three decades of work that Senator Menendez has done on Cyprus and the Eastern Mediterranean. It is the next step in the efforts that Congressmen Bilirakis and Deutch kicked off when they established the Congressional Hellenic Israel Alliance caucus and takes Congressman Cicilline’s efforts on ending the Cyprus Arms Embargo to the next level. It is consistent with Senator Rubio’s approach to the region. These officials drove the legislation and the steps that led up to it. Mr. Kyprianou’s criticism ignores all these facts.

The Greek American community has been intimately involved in all the previous steps, and it has done so not under the direction of any Cypriot official, but because it is well aware of what injustices Cyprus suffers and what improvements to the U.S.-Cyprus relationship still need to be made. If Mr. Kyprianou had concerns, he had contacts within the diaspora groups involved that would have given him the opportunity to discuss these concerns. Yet he did not. The Greek American community – the Cypriot diaspora in particular – have been a tremendous asset for Cyprus. Not communicating clearly and consistently with this community only hurts Cyprus.

We take further issue with Mr. Kyprianou’s assertions about NATO and spending on weapons. The East Med-Act does not tie lifting the arms embargo to Cyprus’ NATO membership. To be sure, Cyprus’ closest ally in the region – Greece – is a NATO member but its other critical partners – Israel and Egypt – are not. Keeping the arms embargo in place does ensure that Cyprus will never be a full partner in the security field with Greece, Israel and Egypt due to the incompatibility of defense systems.

There is also no requirement in the East Med-Act that the Republic of Cyprus spends billions that it doesn’t have on American weapons. It does no such thing. Instead, the legislation gives Cyprus options and allows the Republic to purchase what it needs, wants and can afford rather than what the Republic is merely allowed to have.

For years, we have argued that this arms embargo is an anachronism that neither advances a solution to the Cyprus problem nor bilateral relations between Washington and Nicosia. As the end to this embargo is in sight, we are curious as to who thinks Cyprus is better off with the embargo in place.

There is no honest measure by which someone could say Cyprus is better off under the embargo. Indeed, the only reasoning advanced against ending it is the lie that this will lead to an “arms race” on the island. As it stands, Cyprus already buys the defensive weapons it can afford. For the first times in decades, it can add American weapons to the list. It is alarming that Mr. Kyprianou uses the same false argument that Akinci, Ozersay, and Turkey’s lobbyists in Washington have used against the East Med-Act.

Finally, we reject Mr. Kyprianou’s objections to whom the PSEKA Conference honors. The specific honorees undertook a pro-Hellenic and pro-Cypriot initiative. Mr. Kyprianou’s objection is not that the East Med-Act doesn’t position Cyprus for a greater strategic role, not that it doesn’t make the security cooperation with its existing regional partners stronger, but that it somehow offends Russia. We echo Senator Menendez’ observation that the East Med-Act would be necessary even if Turkey were a “perfect ally” and add our own observation to it: the East Med-Act would still be needed even if there were no tensions between the U.S./NATO and Russia.

The Eastern Mediterranean has tremendous potential as a political and economic region. Senators Menendez, Rubio, Congressman Deutch, Bilirakis, Cicilline and the ever-growing list of co-sponsors see that potential and seek to encourage it. The American Jewish Committee (AJC) agrees and has made the East Med-Act a legislative priority. Think tanks across the U.S. have noted the East Med-Act makes Greece a linchpin state for U.S. foreign policy in the region.

Therefore we remain steadfast in our opinion that the East Med-Act is the most important and positive development for either Greece or Cyprus in the U.S. Congress since the Truman Doctrine. We will redouble our efforts on behalf of this initiative and for closer bilateral relations between the U.S. and Cyprus. Our end goal is clear: a Cyprus that is free of Turkish occupation, a Cyprus that is prosperous, a Cyprus that is a hub – in the realms of diplomacy, energy, and economy – in an Eastern Mediterranean that is reclaiming its historic importance, and a Cyprus that is a frontline European and Western state on security matters. We are eager to work with all Cypriots, Americans and others who share this vision. 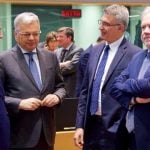 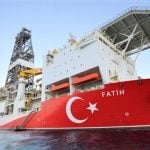