Nicosia reiterated on Saturday that efforts for the resumption of negotiations on the Cyprus problem will continue, in the framework of the mission of UNSG’s special envoy Jane Holl Lute, provided that Turkey’s provocative activities in Cyprus` Exclusive Economic Zone (EEZ) are terminated.

Invited to comment on information that Lute is thinking of visiting Cyprus again in July, Spokesman Prodromos Prodromou said that during their last meeting both Nicos Anastasiades and Lute shared the same view that efforts will continue.

Prodromou noted that it was in this framework that Anastasiades had submitted proposals, in view of the difficulties that exist, which he also conveyed to the UN Secretary-General Antonio Guterres during a meeting they had in Beijing.

The Spokesman said that in order to move forward either with the ideas that Anastasiades has proposed or in any other way, in cooperation with Lute, Turkey must stop its activities in the Cypriot EEZ.

He also noted that while Turkey’s position was that any developments on Cyprus should take place after the European elections, now that the elections are over the Republic of Cyprus is faced with its offensive behavior.

Our side is in contact with Lute, the Spokesman noted. 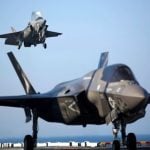 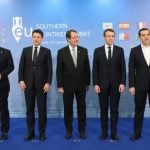 Resumption of the Cyprus negotiations