Turkey will be dispatching a second drillship to the eastern Mediterranean in the middle of this month, the country’s energy minister said on Monday.

Fatih Donmez said the drillship, called the ‘Yavuz’, currently stationed in the Sea of Marmara, would be ready to begin drilling by July.

“Thus in the eastern Mediterranean our flag will be waving aboard our two giants, the Fatih and the Yavuz,” he added, referring to the two drillships owned by Turkey.

“As we have always stated, the priority in our hydrocarbons explorations lies in safeguarding the rights of our country and of the Turkish Republic of Northern Cyprus. Turkey has always been in favor of a solution on Cyprus and the Mediterranean and we are the most ardent supporters of international law in our region,” Donmez added.

The energy minister went on to say that Ankara has no intention of usurping the rights of anyone, nor allowing its own rights to be usurped.

“Those who make devious calculations in the Mediterranean, those who covet the rights of the Turkish Cypriots via a fait accompli, hiding behind external players in the region, should now abandon this insanity.

“In the past, Turkey did not sit idly by while the Turkish Cypriots were being crushed, nor today will it remain on the sidelines with its hands tied,” Donmez declared.

In early May, Turkey sent its drillship the Fatih, to waters well inside Cyprus’ Exclusive Economic Zone, at a location about 60 km (38 miles) west of Paphos.

That vessel has remained there ever since, although it is unclear whether or not it has commenced drilling operations. 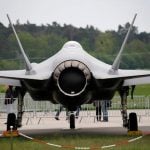 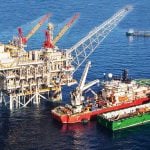 TRNC: Hasan Taçoy announces which sectors will open from May 4th