Cyprus media reported on Thursday that based on the revised agreement reached between the Ministry of Energy and the Noble – Shell – Delek consortium 57.1% of net revenues from the Aphrodite gas field will be received by the Republic of Cyprus and 42.9% by the firms developing the Block 12 reservoir.

The deal is expected to be approved by the Council of Ministers in July as the government is eager to move forward with the project.

According to daily Phileleftheros the initial revenue sharing agreement stipulated that the state in entitled to 62.2% of revenues and 37.8% would be received by the consortium. The 5% reduction comes amid falling commodity prices and the considerable cost involved in developing an ultra-high depth well.

In exchange the government reportedly secured the rapid development of the field with the agreement containing compliance and non-observance clauses to ensure income stream by 2024.

Energy Minister Giorgos Lakkotrypis announced that the agreement is expected to yield $ 9.4 billion in revenue for the Republic’s Hydrocarbon Fund for the 18-year contract duration. 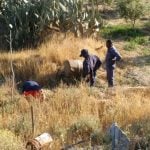 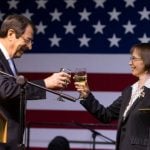