What we have learned from the EU Elections – Tom Cleaver

I waited a few days from my usual Monday slot to write and publish something about the EU elections, partly because I just needed a break and partly to let the dust settle on what has been a hard-fought campaign. The results are now in and clear, and the world is trying to spin them to suit their agenda, so I figured I may as well join in on that. For possibly the first time in my life, however, the elections have actually gone more or less how I wanted them to, do this is actually not waffle and spin.

It was a good night for ΔΗΚΟ. While unable to add to their one MEP, they made the largest gains of any party in Cyprus, contributing one of the country’s two S&D MEPs for the current term. Some are willing to put that down to a “Theocharous effect” but I refuse to believe that is true. While she may be popular among some circles, she is an intensely divisive character and so will have also put people off. Her personal vote also evaporated in comparison to 2014, so this increase seems to me to be a wider endorsement of the party’s social democratic stance rather than any one person.

The fact that both of Cyprus’ S&D parties managed to have an MEP elected each is an endorsement by the Cypriot people of pro-European Union social democracy. The ideas of the group, and especially of ΔΗΚΟ given its large increase in vote share, are clearly resonating with the public here. They are in growing numbers anti-austerity, and in favour of European cooperation to battle the issues of the day. Centre-left progressivism is winning the day in Cyprus, and providing ΔΗΚΟ’s campaigning continues to develop and reach out to people all over the country, it will only get better from here.

One thing that stuck in my mind from university politics this year was a red-faced ΕΛΑΜ member telling a General Assembly crowd that his party were “soon to be in the European Parliament”. Now, unless one of them is going to take a job cleaning toilets in Strasbourg or Brussels, at the very least it won’t be as soon as they thought. Despite all the hype and bluster, Cyprus’ fascists have failed again to get anyone elected to the European Parliament and will go another five years without being able to spout their bile at a continental level.

At the other end of the scale, Niyazi Kızılyürek has become the first Turkish Cypriot ever elected to the European Parliament. His victory, voted for by Cypriots of all backgrounds, was a victory for the cause of Cypriot reunification. It also crushed the myth (for anyone uneducated enough on the subject to believe it) that Turkish Cypriots are a monolith which is party to the whim of Turkey. I could write for hours about Turkish Cypriot political views, or defending Kızılyürek’s right to stand and call himself “our voice in Europe”, but that’s not what I’m here to write about.

People of all political colours were energised to vote for Kızılyürek. I know for a fact that members of at least four political parties voted for him, and it’s probable that more did. The movement to get Kızılyürek elected wasn’t a simply party political one, but rather a clear statement by a coalition of Cypriots of all colours that they want reunification, and that they are willing to live in the federal Cyprus which is suggested by Kızılyürek. To put it into context, more people voted for Kızılyürek as a candidate than voted for ΕΛΑΜ as a whole party. The people have clearly spoken.

It would be wise not to ignore this statement of intent from the voters of Cyprus. In spite of all the negative attention that was given to Kızılyürek he has been chosen by this country’s voters because enough of them unequivocally back reunification. Shirking the question or going more nativist on the issue is in this day and age less of a vote winner than honesty, it seems. And when I say honesty, I mean being honest that a federal solution is the only way out of the Cyprus Problem. Once again, I could go on about how non-nativist parties going nativist on issues such as these ends in tears for the party that tries it, but I’m sticking to the European elections today.

To summarise, therefore, the Cypriot people want to live in a united social democratic country. Their votes, both for S&D parties (in particular ΔΗΚΟ) and for an unequivocal pro-reunification candidate in Niyazi Kızılyürek should make that obvious to anyone watching. It is now up to the nation’s politicians in all branches of government to make that desire a reality, or in all probability face being voted out the next time they are up for election. 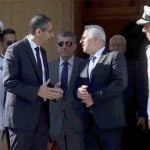