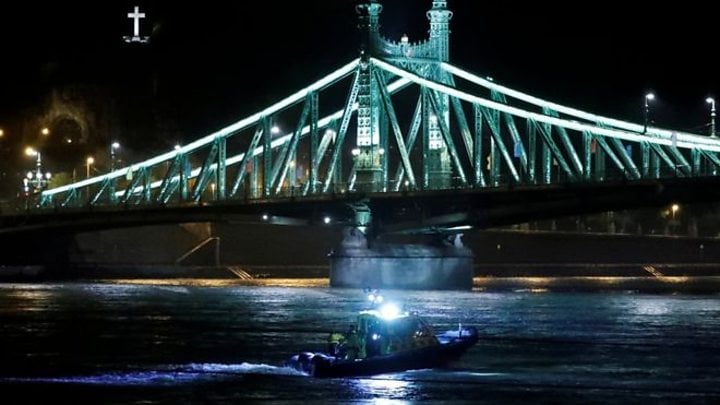 Seven South Korean tourists have died and at least 19 more are missing after a boat capsized on the Danube river in Hungary’s capital, Budapest.

Thirty tourists and three tour guides, as well two Hungarian crew members, were on the boat when it was hit by another vessel while moored.

Seven people have been rescued, and a massive search operation is continuing on a river swollen by heavy rainfall.

The rain had led to strong currents on the Danube, a popular draw for tourists.

What is known about the incident?

The boat that sank near the parliament building in central Budapest was identified as the Hableany or Mermaid.

The boat has two decks and a capacity of 45 people for sightseeing trips.

So far few details have emerged about the second vessel involved in the collision.

Officials are investigating what caused the rare incident on the Danube.

Imre Horvath, the head of the Hungarian National Shipping Association, said he believed it was a human error, MTI news agency reported.

How has South Korea reacted?

South Korea’s foreign ministry has confirmed that seven of its citizens have died and 19 are missing.

It said the government would send a team of officials to Hungary, adding that counseling would be made available to victims’ families.

At a press conference in the South Korean capital, Seoul, a spokesman for the travel agency behind the group’s tour, Lee Sang-moo, said at least one child was among the missing.

Pal Gyorfi, a spokesman for Hungarian emergency services, was quoted as saying that seven people had been pulled from the water.

He said they had been taken to hospital with “hypothermia and shock symptoms”.

A Hungarian police spokesman, Kristof Gal, told Agence France-Presse that 21 people were missing but it was unclear whether this included any tour guides and crew members.

The large rescue effort continued throughout the night and into Thursday morning, with boats, divers, spotlights, and radar scanning along the river several kilometres downstream.

Emergency crews have discovered the wreckage of the Mermaid on the riverbed after searching for several hours near the city’s Margaret Bridge, local media said.

Boat traffic has been halted on the Danube south of Budapest, Reuters news agency reported.

This is because of a South Korean ferry disaster in 2014, in which 304 people died, almost all school children on a trip.

The Sewol ferry sank off the south-western island of Jindo.

The sinking was blamed on a combination of illegal redesigns, cargo overloading, the inexperience of the crew member steering the vessel, and lax government regulations.

The ship’s captain was later convicted of murder.

Wednesday’s incident on the Danube will be a painful reminder of the Sewol disaster. 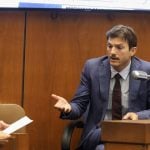 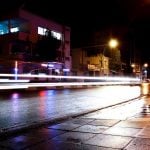