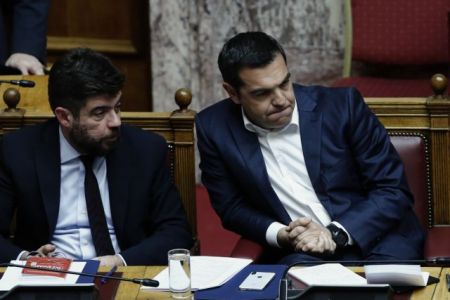 President Prokopis Pavlopoulos placed the threats to Cyprus’ sovereignty and Greece’s support for a Cyprus problem settlement at the top of the agenda in talks with Chinese President Xi Jingpin in Beijing today, even as he underlined that Athens is fully aligned with Brussels on policy issues concerning Beijing.

“We Greeks, precisely because we have a sense of our membership in the international community and of course in the European Union, approach our national issues on that basis [of international and EU law],” Pavlopoulos said following the talks.

“Particularly as regards the Cyprus problem and the problems that Cyprus confronts today, I explained that the solution of the Cyprus problem based on respect for the sovereignty of Cyprus and the defence of Cyprus’ Exclusive Economic Zone (EEZ), which is also the EEZ of the EU, are mandated by respect for international law and European law,” he underlined.

“I believe, without wanting to exaggerate on this, that there is understanding on the part of China, and that is exceptionally important, especially given the fact that we have the understanding of the US, Nato, and of course of the European Union,” the president said.

Greece is an exceptionally important partner for Beijing as an important hub between Asia and Central Europe in the new Silk Road project, the “Belt and Road Initiative”, which Greece officially joined in August, 2018.

Moreover, China plans huge investment in the railway line from Budapest to Belgrade which is expected to be extended southward to Skopje and to end in Piraeus, which would be a major boon for Greece and its infrastructure.

In his statements Pavlopoulos stressed the need to transcend theories of a clash of civilisations (introduced by Samuel Huntington) as they undermine the prospects for dialogue and understanding and establish cultural biases.

Underscoring that Greece and China have ancient civilisations with certain things in common, Pavlopoulos said in an interview reported in the English-language China Daily that, «Real civilisations do not collide, they simply sometimes lose communication with each other. We must restore this communication…We live in troubled and dangerous times.»

“East and West have many more things that unite than separate us,” he underlined.

Chinese Foreign Ministry spokesman Geng Shuang later picked up on that thread at the daily briefing.

«When it comes to civilizations, all countries should uphold the principles of equality, mutual learning, dialogue and inclusiveness, and reject the misguided belief in a clash of civilizations or the superiority of one civilization over another,» he said.

China will work with the international community to overcome misunderstandings with exchanges, replace clashes with mutual learning, and substitute coexistence for cultural condescension in its handling of relations among civilizations, the Foreign Ministry said on Monday. 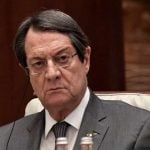 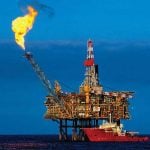