Following the decision of the People’s Party to withdraw from the government, Prime Minister Tufan Erhürman offered the government’s resignation to President Mustafa Akıncı this morning so that work for the establishment of the new government will start without delay.

After the early general election on 7 January 2018, the CTP-HP-TDP-DP Coalition Government, which was established on February 2, 2018 under Tufan Erhürman, received a vote of confidence with a majority vote on 16 February at the General Council of the Republican Assembly. Twenty-seven deputies voted in favor while twenty-two deputies voted against the coalition government and one MP did not attend the voting. 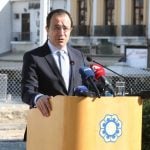 Developments regarding Cyprus’ energy program expected in next days 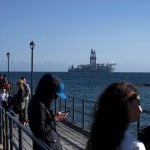 U.S. could thwart Turkey, Russia and China in E. Med