Investors: Exxon Is Protected in Cyprus, But Turkey Will Risk Rationality Here

There are two things for certain right now offshore Cyprus: Peace talks aren’t going anywhere, and Exxon’s drilling is unlikely to be stopped by Turkey. Turkey is now getting desperate because of worsening relations with the U.S., with Cyprus’ offshore oil and gas bonanza looking to be increasingly far from Turkey’s reach.

Over the weekend, Turkey sent its Fatih drillship to start drilling off Cyprus, in the Exclusive Economic Zone (EEZ) that is widely recognized as belonging to the Republic of Cyprus, but which Turkey claims as its own.

Cyprus has responded by issuing international arrest warrants if the ship refuses to leave the EEZ. This threat was heard first by the crew of the Fatih over radio, as revealed to our sources in Istanbul on Monday, and then put into force on Tuesday by the Greek Cypriots.

As of Tuesday evening EST, the Fatih was still drilling in the EEZ and its position remained unchanged.

This is a game with dangerous consequences for Turkey and Cyprus. This goes far beyond its provocations earlier in the year when it sent a ship into the EEZ but did not drill and turned it around and redirected it to the Black Sea. That was for show. This time it’s still for show, but it’s a show that is likely to end disastrously for Erdogan or Cyprus. 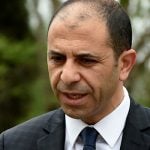 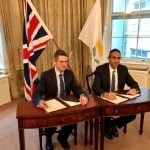 What drove two teenage boys to murder a 14-year-old girl?