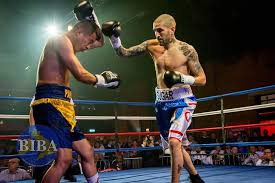 “Sugar Atahasan and BIBA TRNC, celebrated their first professional boxing win in Europe. Today history was made. Today was a huge step forward, for BIBA TRNC in the world of boxing.” 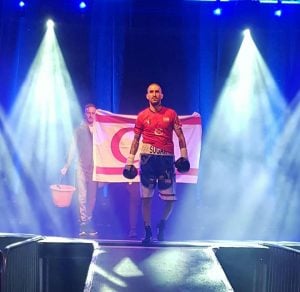 Sugar Atahasan made TRNC sporting history on Saturday night by becoming the first professional boxer to fight under the TRNC (KKTC) flag in Lincoln UK.

The evening of boxing was organised by the British and Irish Boxing Authority (BIBA). Sugar recently became the first-ever TRNC boxer to be signed as a professional and under BIBA.

He made the trip from North Cyprus with his coach and mentor Mehmet Pasha to fight against Nicaraguan Pablo Narvaez.

challenge against Ghana’s Daniel Adjei Sowah, for the World Boxing Union (WBU) Super Middleweight Championship of the World. The venue was the magnificent Engine Shed venue at the University of Lincoln. The result of that fight saw scorecards of Judges Charlie Cardona (Malta), Roger Barnor (Ghana) and Stephen Smith (England) were identical with 30-26 in favour of Decastro. 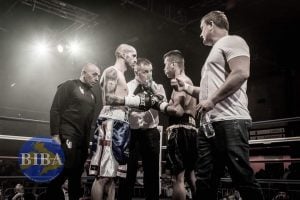 Atahasan started hard and fast taking the fight to his more experienced opponent, Atahasan keeping Narvaez at bay with good strong jabs and slick combinations, Narvaez only able to demonstrate flashes of his undoubted talent, so much was the Cypriot’s domination of the first couple of the rounds. 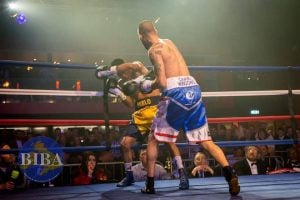 In the third though, Narvaez began to get the crowd behind himself, entertaining the crowd as he tested Atahasan to the limit with some sensationally slick hooks to the body and crisp lightning fast combinations.

The fourth and final round was a cracker, both lads really going for it for the entire three minutes. After four truly enjoyable rounds of boxing Referee Lee Murtagh’s scorecard read 40-37 in favour of Sugar Atahasan.

Have to say really, really enjoyed this fight, without doubt, Atahasan has a serious future in the sport, I know it was his pro debut, but believe me he fought like an established pro, not a novice.